After being rejected by NASA Space Program in 1985, Ellen Ochoa resubmitted her application two more times before being hired in 1987. Swiftly moving through the ranks of NASA, Ochoa work as Chief of the Intelligent System Technology Branch at Moffett Field Naval Air Station in California before being chosen as a member of the astronaut class of 1990. Selected from the pool of 1,945 candidates, she became the first Latina in the space-shuttle program. In April 1993, Ochoa also became the first Latina to travel into space on the shuttle Discovery, where she released and later retrieved The $ 6 million Spartan, a satellite designed to study the sun’s corona and the velocity of the solar wind. 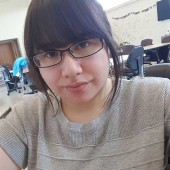