Vote or not to Vote; that is the question 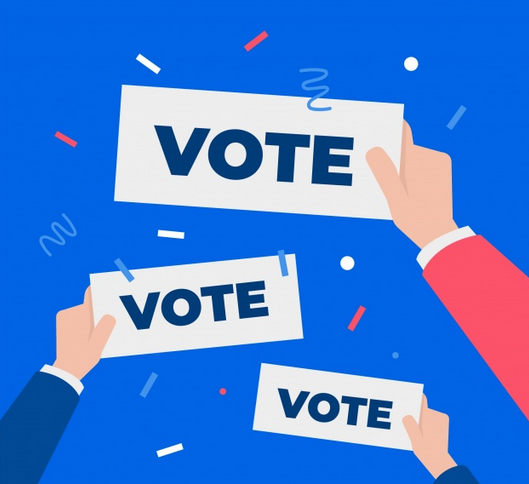 This week I was able to meet with an amazing individual who shared with me something one of his professors asked him while in school. The question was “ Would you want everyone who has the right to vote to vote?” His answer was yes. The professor said, “ No, you don’t.” She went on to explain that many don’t exactly understand what voting is for. Basically, people are not educated enough to discuss or understand the policies for which their political candidates stand. They vote based on what they hear or see on television or social media rather than understanding their true platform. When this happens, corruption rules and rules by the richest and by a small elite kick in. Is it fair for citizens who don’t know anything about politics, economics, or education … to have equal voting rights as the citizens who are knowledgeable concerning the candidates they select? Would that be like a mechanic being allowed to operate on a tumor and have the same rights as the doctor? Do you think if they vote not knowing truly what a candidate’s policies are can cause more harm than good? Or do you think people should still vote even if they don’t fully comprehend who the candidates are and why they are running? Let’s talk about it… #letstalkaboutit

Rob Gonzales: “The professor didn’t point out that this is what happens every single election?”

Rick Carter: “As a 20+ year Veteran In Volunteering at Voting sites, and 16 victories out of 31 elections… The most important thing is how you treat that potential voter and how you treat the others not in support of your candidate. People can come up with some basics about yours and other candidates or they meet the candidate.. about 80% of voters who meet that candidate will vote for them. If anyone in Bexar County needs to register to Vote, I am a Volunteer Deputized Registrar. I can complete & submit your application with proper ID of Bexar County residence, and I ll have it to Bexar County Elections that day . Pm me or 210-367-7909. Please register to vote, thank you! “

Thomas Mc: “People get their research from Facebook, YouTube, biased media, and most haven’t read a book since middle school. They are allowed to vote but have no idea what they are doing most of the time. Most people vote based on a singular issue, or because of religious dogma, or some other pointless thing. Most can’t figure out big picture ramifications because most never bothered to learn it. Point in case : people get mad and blame a president when gas prices go up lol even though they have little to do with that … lol but people still believe it.
Plenty more examples but it is what it is. Personally I don’t think people should be allowed to vote or have kids until they can pass a basic common sense test and at least prove they know the difference between credible research and not. Lol”

Oscar Garza: “The problem is uneducated need to have a quality education”

Todd Forbes: “Although what she says is the truth of what occurs- it does more for me to showcase the need for people to be informed- in decades past the watch dogs were the press and they had an inherent responsibility to report back what they have found to be true- so that we could use this information to make conclusions! Now that the media is no longer trustworthy, we are flying blind more so now than ever before. But just because we may be shielded from the truth doesn’t translate to that we shouldn’t even be allowed to vote! Instead we need to shoulder the responsibility ourselves and push forward. We must learn from the mistakes of the past and present or we are doomed to repeat the failures. Case in point is California- we must not repeat this colossal failure. We must not be blinded by partisanship so much so that we make poor choices while voting”

Penelope Perez: “I think it speaks volumes to the state of education in America when educators are giving up on the process. I wish that a more applicable government and financial health curriculum was taught in highschools. I don’t remember my high school government class because it was one semester instead of the whole year and it had to be digested really quickly. I do recall the Texas government course I took at Alamo colleges because I learned about all of the random roles and titles that were very misleading. Like the railroad commissioner position actually oversees the gas and oil industry and their ecological limitations. I also learned that the Governor actually has less control or power than the Lieutenant Governor who can do more than the Governor. It is sad to see citizens blame the wrong person. We have a huge opportunity to improve education in Texas. I wish that people would not get distracted by polarizing social issues that really have no need to be legislated and focus on fundamental issues like education, health care and economics. Most of the stuff that goes on at the capital is complete fanfare. We need to stand for what we really want. That is a great access point into the Texas government. The past local election got very little coverage when we were supposed to be electing Judges.”